It’s becoming a trend–I get super lazy over the weekends and I don’t post anything. Don’t judge me…especially since I wasn’t lazy on Saturday because I woke up at 6:15am to go to the Steamboat Classic…7:00am start time, folks. For those who don’t know, the Steamboat race in Peoria is known as the world’s fastest 4 mile race and Illinois’ toughest 15k. I was granted some VIP access to the Gateway Building for primo picture taking before the race. I’d like to give a HUGE shout out to Maggi for offering that up to me…check out her blog here: http://lifewithoutane.wordpress.com/.

So lets get to the race and those pictures. 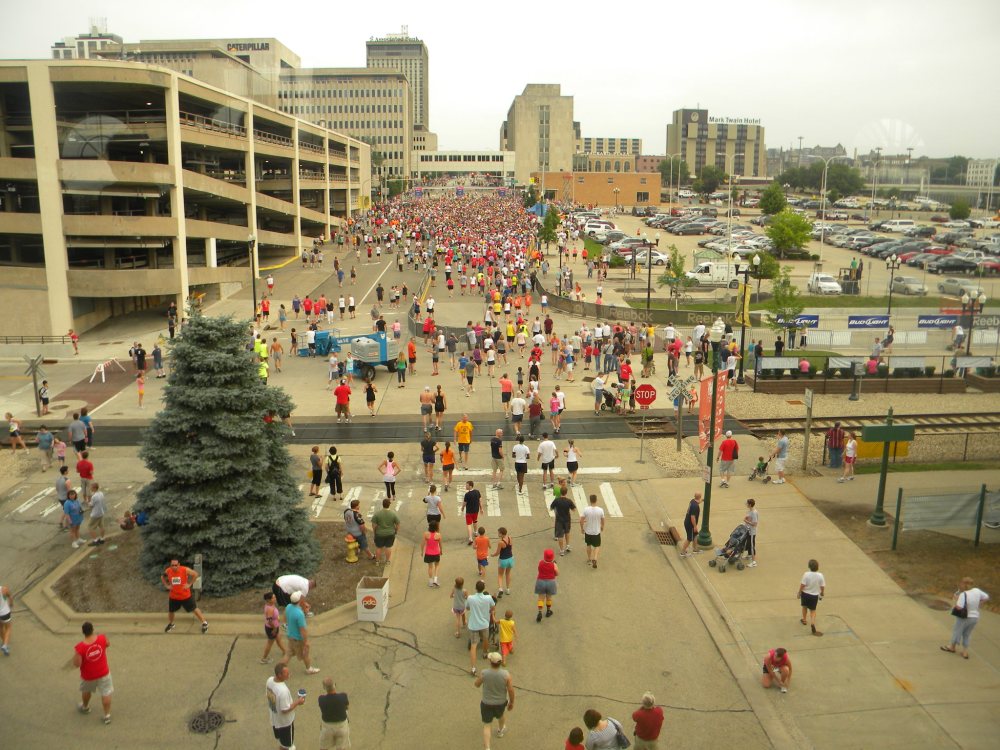 The time was 6:50ish and the approximately 5,000 runners were heading to the starting line. Both the 4 mile and the 15k started promptly at 7:00am…and they’re off. 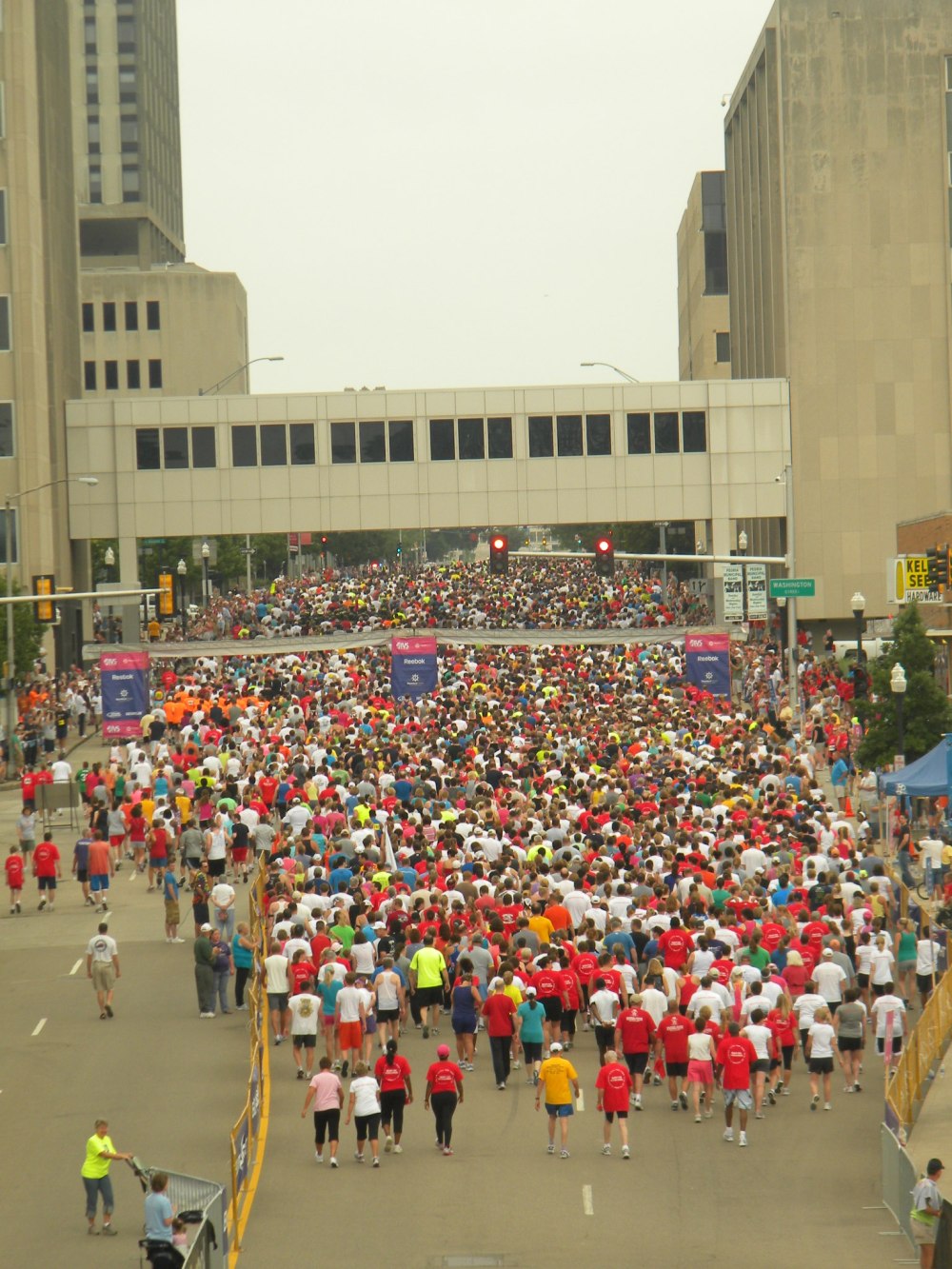 If you wanted to know the race course, here you go: (I took these pictures off the official Steamboat website) 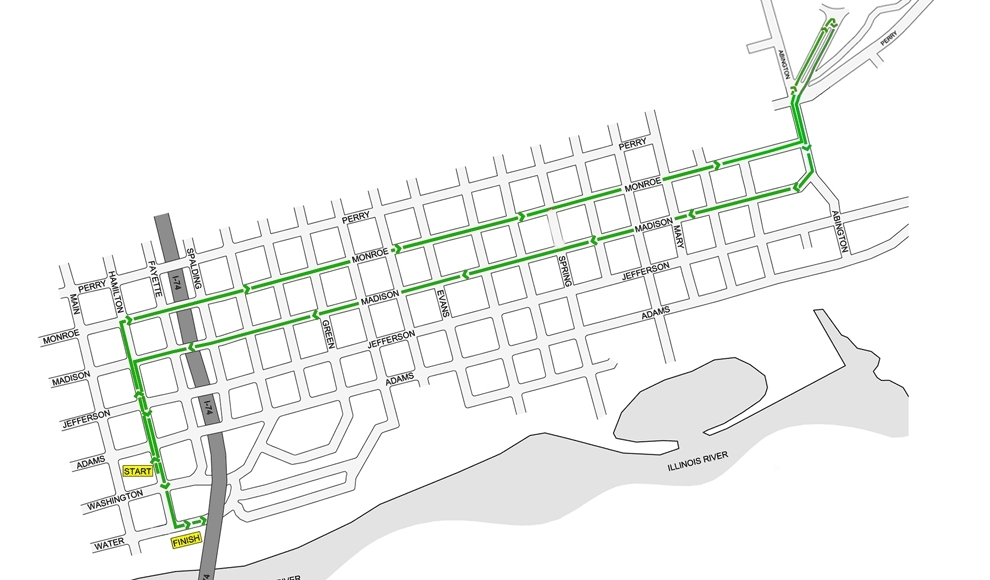 Thinking about running that makes me tired…

After the race started, I just kicked it up in the Gateway building chatting with Steamboat committee members and the few others up there–including Central Illinois very own Tim Broe’s mom! (Matt, I mentioned your man crush on Tim to his mom :)) Anyway, about 17 minutes later we spotted the lead runners coming back down Hamilton (actually we saw the 2 lead cars and their flashing lights) which warned me to turn my camera back on. 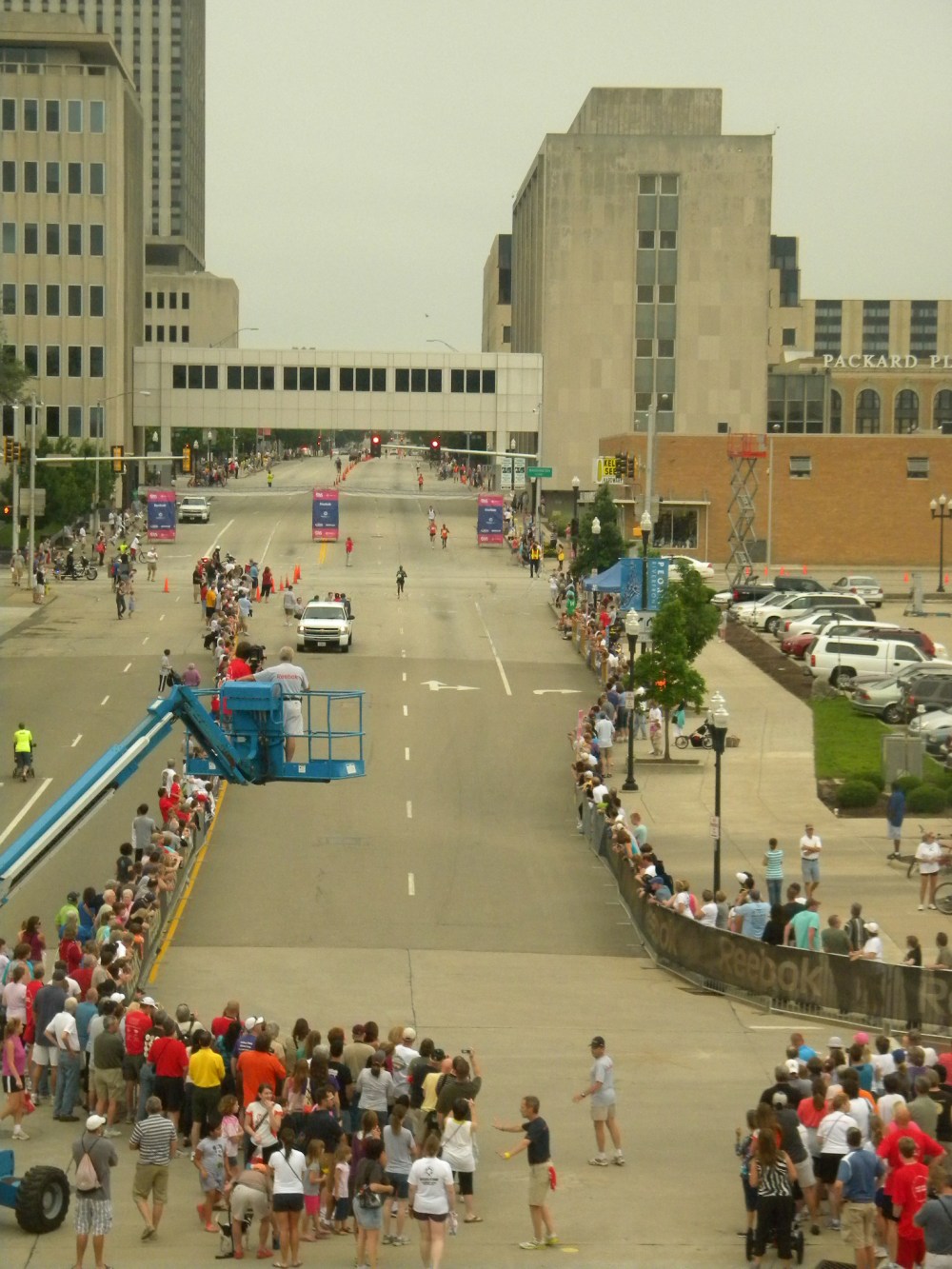 Then there was this dude who came flying down in his wheelchair.

And the first female runner… 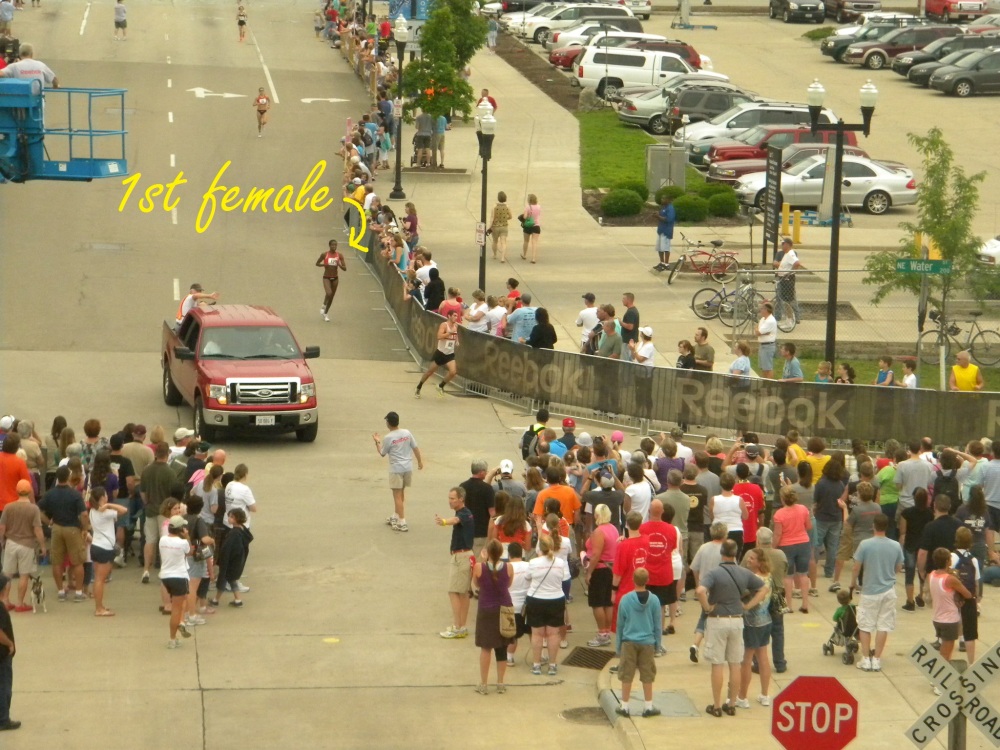 These people seem super-human…a break down of times along with some honorable mentions. (The reason why I choose some of these people will make sense in a second)

(I got those times off Steamboat’s official website, if you were curious)

Phew!! So anyway, little did I know that where I was hanging out taking pictures was also the place that the elite runners keep all their stuff–that meant celebrity photo op post race! 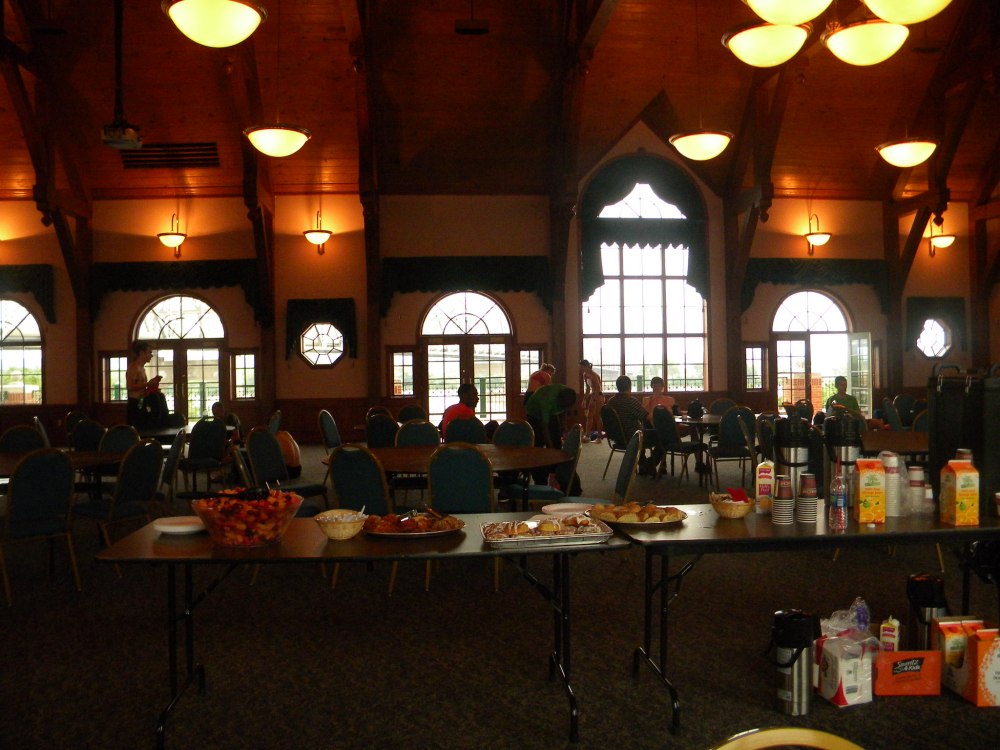 (I hadn’t showered yet…I didn’t know I would run into the fastest dudes at the race!)

And here are other random race photos..Starting with an interview with the winning female. 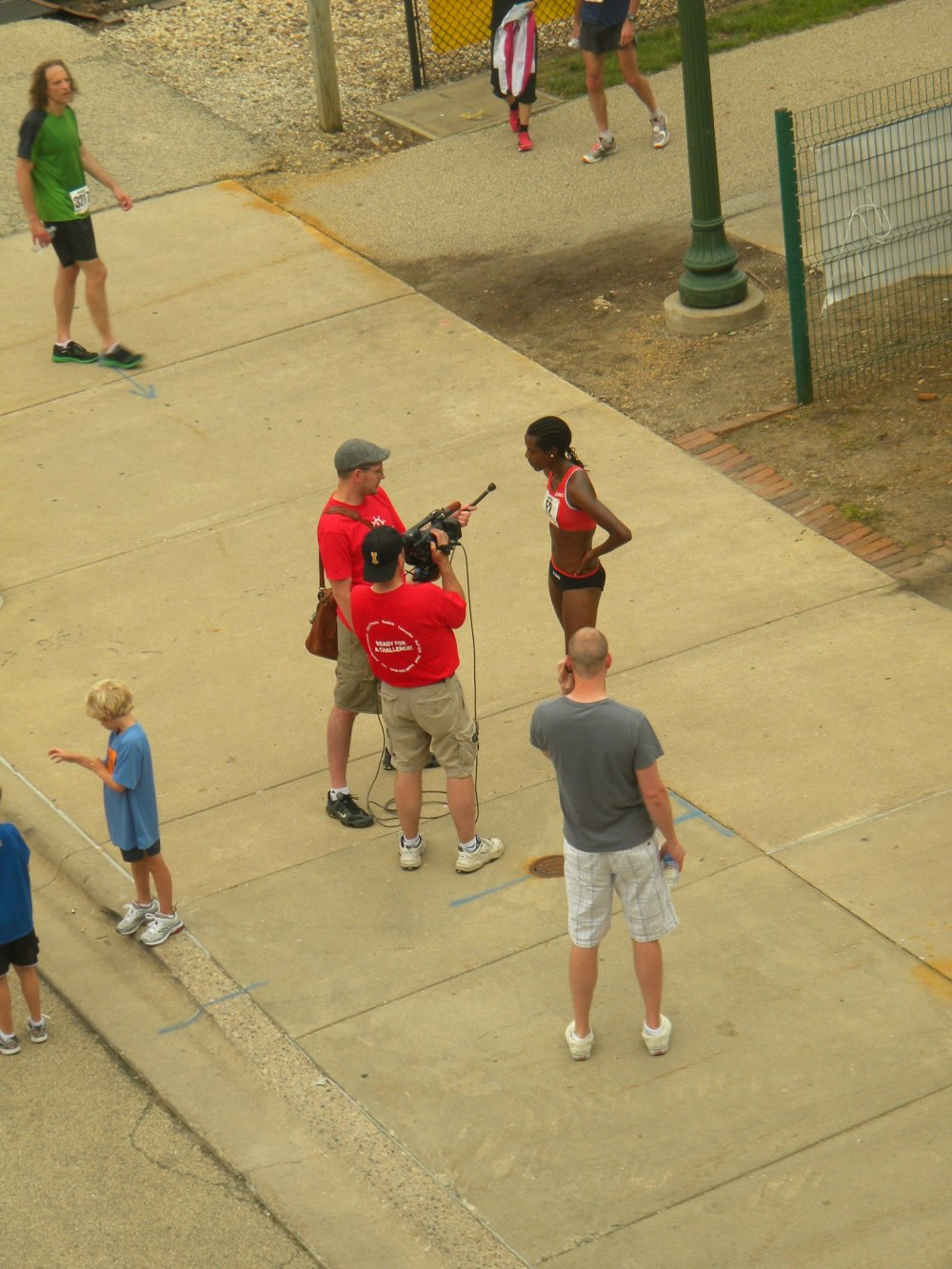 And the Peoria Firefighters who ran the 4 mile race in full uniform… HOT! (in more ways than one) 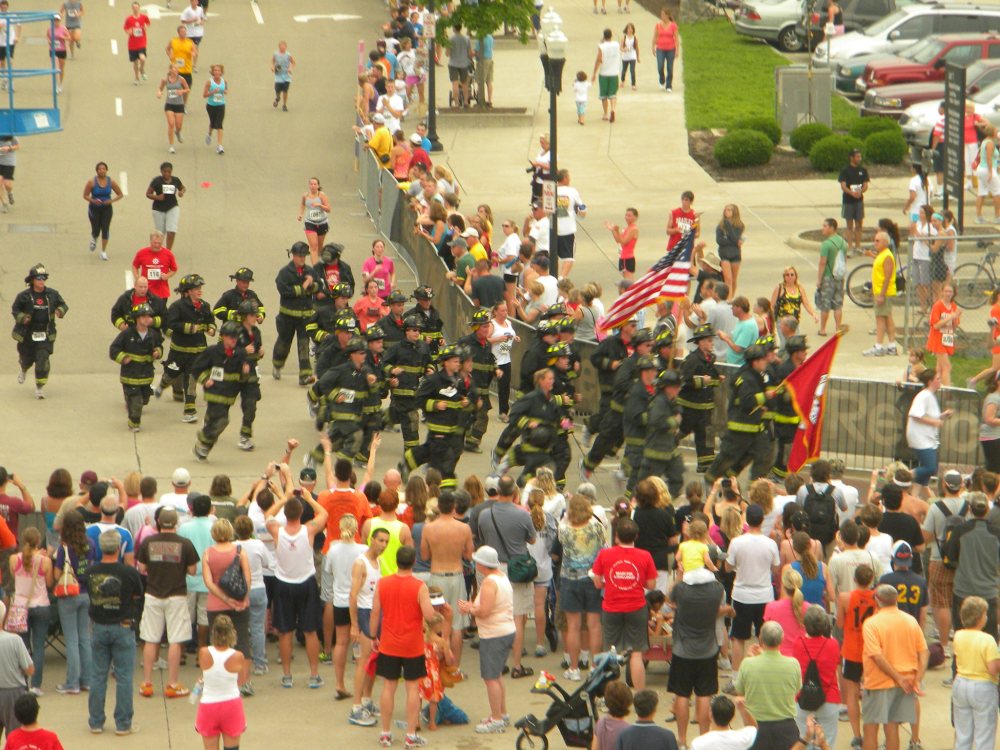 Then I mosied my way down to the finish line to support my girl Allison who thought running the 15k was a good idea…and then I saw her brother. Hi Jeffrey!

And here comes Allison…why does she look so pissed off? 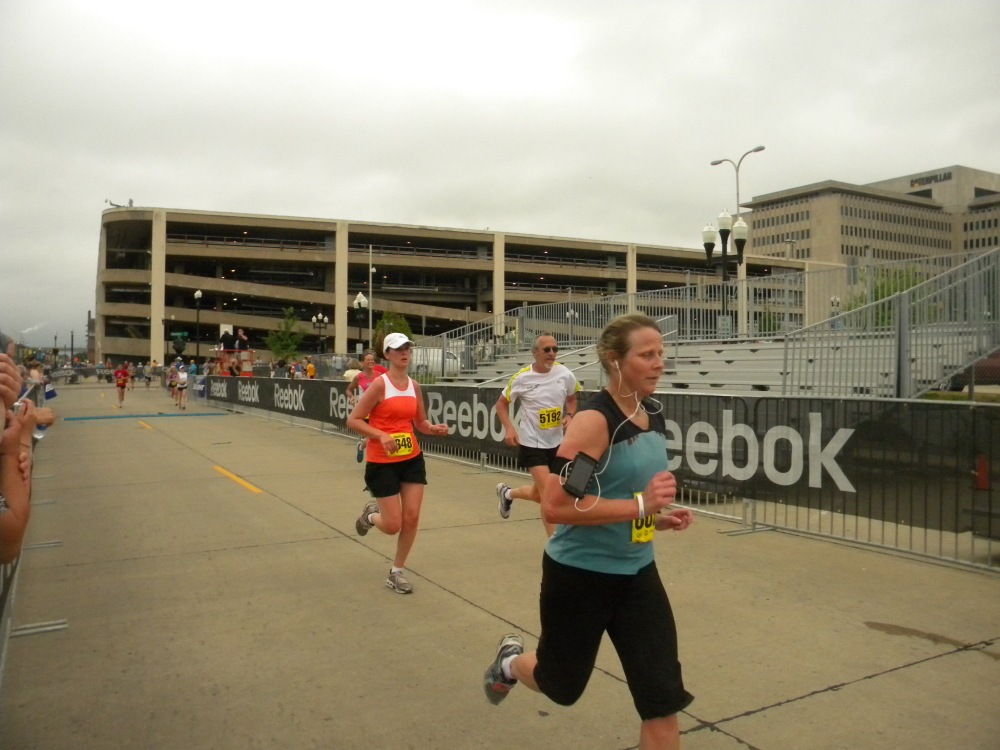 Allison, there’s no need to be angry–you finished the race! YEAH!

And once Allison crossed the finish line, it was my cue to head home and go back to bed.

Although I was tired, going to watch the Steamboat race was so fun. It was motivational, really…there is this running cult, I mean culture that I would love to be a part of. Maybe I should head back to Running Central and actually buy shoes this time?

And today I have the day off–I wonder what I’ll do? Whatever it is, you’ll find out tomorrow! See ya!

Psst! Watching the race was free, but if you signed up late to run, it would cost you $35.